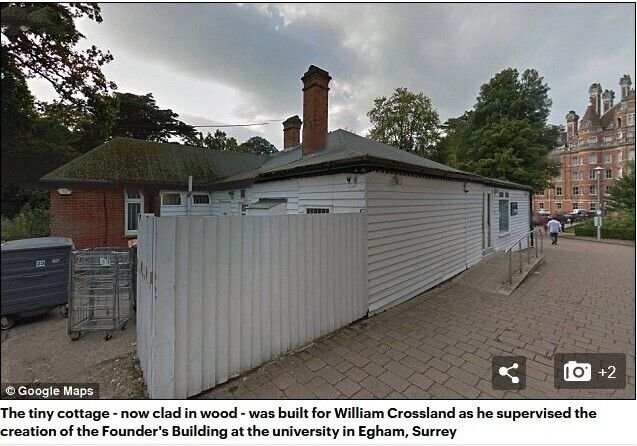 Pictures of Crossland's Bungalow are difficult to come by, so what we have here are pictures of the building after it had been clad in white timber and its use converted to a students union building in 1965. It was regarded as a historic building when it was built c 1879 and there was an outcry when it was demolished in 2015 to make way for the new library building. The bungalow was designed by the architect W H Crossland as a home for himself and his family while he oversaw the construction of the Founder’s Building.

An interesting piece from Wikipedia points out that the 'family' at this stage was not his original family. The piece says:

Crossland was born in 1835. On 1 October 1859, Crossland married Lavinia Cardwell Pigot (who died on 17 January 1876). They had one child – a daughter, Maud, who was born on 10 July 1860 and died on 8 March 1900. Crossland also had an illegitimate son, Cecil Henry Crossland Hatt (born 1877), with his second (common law) wife, (Eliza) Ruth Hatt (née Tilley; 1853–1892). She became a well-known actress, using the stage name Ruth Rutland, and they lived together in a bungalow on the Royal Holloway site, designed by Crossland and built in 1878 as a home for himself and his family while he oversaw Holloway College's construction

After Crossland moved out from the bungalow it became home to the College secretary until 1965.

Extended with ‘Lower Union’ extension around 1968, used for live entertainment and discos

It was further extended in 1978 to provide a larger Coffee Bar which closed in 1985 when it moved to the Crossland Suite which was below the Founders Dining Room and had been used as an SCR and Refectory. 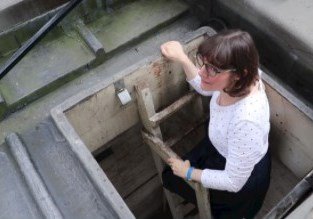 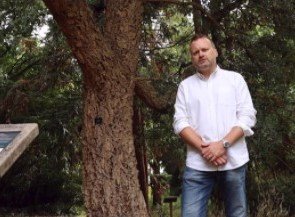